Kent Lindstrom is a co-founder and General Partner of 8-Bit Capital.

Kent has extensive experience in Silicon Valley as a serial entrepreneur, operating executive, and investor, helping entrepreneurs and working with Silicon Valley's top venture firms as a CEO, COO, and startup advisor.

Kent is the host of the Silicon Valley podcast “Something Ventured”, which features behind the scenes interviews with Silicon Valley insiders and was named one of Fortune’s “Best Business Podcasts.”

Previously, Kent was the COO of Neo, the global software division of Digital Garage, which merged with Pivotal. He also worked with James Currier and Stan Chudnovsky at Ooga Labs, and founded the mobile app startup PlacePop.

Kent was an early advisor and investor at the pioneering social networking service Friendster. After helping to launch Friendster, Kent joined the company as the first member of the management team, and served as COO, CFO, and CEO of Friendster.

Prior to joining Friendster, Kent co-founded NetRead, the first company to offer a commercial application to convert book metadata for the eBook publishing industry.

Earlier in his career, Kent was an operating executive at Deloitte focused on the technology and healthcare sectors, and leading their west coast finance and valuation practice.

Kent has an MBA from Kellogg School of Management at Northwestern University, and holds a CFA designation. Kent has also been a guest lecturer at Harvard Business School.

Listen to Kent's podcast Something Ventured. 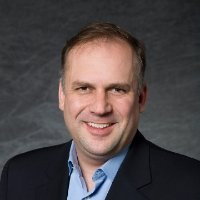